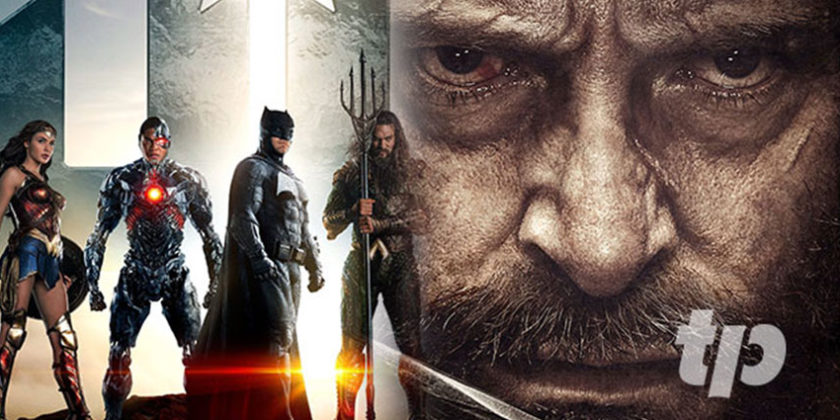 TOP TEN MOVIES TO WATCH DURING THE FESTIVE SEASON

The festive season is finally here with us, and what better way to relax than paying for that Video on Demand platform and staying glued to your screen or even rushing to the nearest theatre to catch a movie.

Below is a list of 2017 productions that caught our eye. They are guaranteed to keep you at the edge of your seat

Justice League: Justice League is a 2017 American superhero film based on the DC Comics superhero team and distributed by Warner Bros. Pictures. The fifth installment in the DC Extended Universe (DCEU), the film is directed by Zack Snyder with a screenplay by Chris Terrio and Joss Whedon, from a story by Terrio and Snyder. It features an ensemble cast that includes Ben Affleck, Henry Cavill, Amy Adams, Gal Gadot, Ezra Miller, Jason Momoa, Ray Fisher, Jeremy Irons, Diane Lane, Connie Nielsen, and J. K. Simmons. In Justice League, the titular superhero team, consisting of Batman, Wonder Woman, Flash, Aquaman, and Cyborg, forms to honor Superman following his death and to save the planet from the catastrophic threat of Steppenwolf and his army of Parademons.

With an estimated production budget of $300 million, it is one of the most expensive films ever made. Justice League premiered on October 26, 2017, and was on November 17, 2017. It has grossed over $637 million worldwide and received mixed reviews.

Star Wars: The Last Jedi: Also known as Star Wars: Episode VIII – The Last Jedi is a 2017 American epic  film written and directed by Rian Johnson. It is the second film in the Star Wars, following Star Wars: The Force Awakens (2015). The film is produced by Lucasfilm and distributed by Walt Disney Studios Motion Pictures.

It stars Mark Hamill, Carrie Fisher, Adam Driver, Daisy Ridley, John Boyega, Oscar Isaac, Andy Serkis, Lupita Nyong’o, Domhnall Gleeson, Anthony Daniels, and Gwendoline Christie in returning roles, with Kelly Marie Tran, Laura Dern, and Benicio del Toro joining the cast. It also marks the final performance of Fisher, who died in December 2016, with the film being dedicated in her memory. The plot follows Rey as she receives Jedi training from Luke Skywalker in hopes of turning the tide for the Resistance in the continued fight against Kylo Ren and the First Order.

It is produced by Lucasfilm president Kathleen Kennedy and Ram Bergman, with Force Awakens director J. J. Abrams acting as an executive producer. The Last Jedi had its world premiered on December 9, 2017, and was released on December 15, 2017. As of Thursday 21st December, Stars War: The last Jedi added $16.8 million to its coffers, bringing the Star Wars sequel’s domestic total to $278.8 million in six days (including Thursday night previews).

Jumanji: Welcome to the Jungle: Launching into the Kenyan Theatres today, Jumanji:Welcome to the Jungle is a 2017 American action adventure comedy film directed by Jake Kasdan and written by Kasdan, Chris McKenna, Erik Sommers, Scott Rosenberg and Jeff Pinkner, from a story by McKenna.

A standalone sequel to Jumanji (1995), the film stars Dwayne Johnson, Jack Black, Kevin Hart, Karen Gillan, Nick Jonas and Bobby Cannavale. The plot follows four teenagers who are transported into the video game world of Jumanji, and, playing as the characters they chose, must beat the game in order to return to the real world. The film is also a tribute to Robin Williams, star of the original film, who died in 2014.

Jumanji: Welcome to the Jungle premiered on December 5, 2017 and was released on December 20, 2017. Jumanji: One day later Jumanji has grossed $7.2 million.

Wonderwoman: Wonder Woman is a 2017 American film based on the DC Comics, distributed by Warner Bros. Pictures.

It is the fourth installment in the DC Extended Universe (DCEU). The film is directed by Patty Jenkins, with a screenplay by Allan Heinberg, from a story by Heinberg, Zack Snyder, and Jason Fuchs, and stars Gal Gadot, Chris Pine, Robin Wright, Danny Huston, David Thewlis, Connie Nielsen, and Elena Anaya.

Wonder Woman is the second live action theatrical film featuring the titular character, following her debut in 2016’s Batman v Superman: Dawn of Justice. The film tells the story of Princess Diana, who grows up on the Amazon island of Themyscira. After American pilot Steve Trevor crashes offshore of the island and is rescued by her, he tells the Amazons about the ongoing World War. Diana then leaves her home in order to end the conflict.

Wonder Woman premiered on May 15, 2017, and was released on June 2, 2017, in 2D, 3D and IMAX 3D. It received largely positive reviews from critics, being praised for the direction, performances, action sequences, and musical score. The film set numerous box office records; it is the fifth-highest-grossing superhero film domestically and 20th-highest-grossing film in the United States.

Return of Xander Cage: After coming out of self-imposed exile, daredevil operative Xander Cage (Vin Diesel) must race against time to recover a sinister weapon known as Pandora’s Box, a device that controls every military satellite in the world. Recruiting a new group of thrill-seeking cohorts, Xander finds himself entangled in a deadly conspiracy that points to collusion at the highest levels of government.

Unlike the previous films, which were distributed by Columbia Pictures, the film was released by Paramount Pictures on January 20, 2017. This also marks the first film produced by Revolution Studios in ten years since 2007’s The Water Horse: Legend of the Deep. The film grossed over $346 million worldwide against a production budget of $85 million, making it the highest-grossing film of Revolution Studios and in the franchise.

Kong Skull Island: The movie revolves around scientists, soldiers and adventurers who unite to explore a mythical, uncharted island in the Pacific Ocean. Cut off from everything they know, they venture into the domain of the mighty Kong, igniting the ultimate battle between man and nature. As their mission of discovery soon becomes one of survival, they must fight to escape from a primal world where humanity does not belong.

Power Rangers: Five ordinary teens must become something extraordinary when they learn that their small town of Angel Grove – and the world – is on the verge of being obliterated by an alien threat. Chosen by destiny, our heroes quickly discover they are the only ones who can save the planet. But to do so, they will have to overcome their real-life issues and before it’s too late, band together as the Power Rangers.

It is the first blockbuster film to feature LGBTQ and autistic superheroes. The film premiered on March 22, 2017, and was released on March 24, 2017.  Power Rangers grossed $142 million worldwide against its $100 million budget.

Girls Trip. If you are a lady, well, this is definitely a must watch for 2017. The movie revolves around Best friends Ryan, Sasha, Lisa and Dina who are in for the adventure of a lifetime when they travel to New Orleans for the annual Essence Festival to rekindle their sisterhood and rediscover their wild side.

The 2017 American comedy film starring Regina Hall, Queen Latifah, Tiffany Haddish, and Jada Pinkett Smith,was directed by Malcolm D. Lee and written by Kenya Barris and Tracy Oliver, from a story by the pair and Erica Rivinoja, who based the script off their own experiences with their female friends.

Girls Trip premiered at the American Black Film Festival in Miami on June 14, 2017, and was theatrically released by Universal Pictures on July 21, 2017. It received positive reviews from critics, and was chosen by Time magazine as one of its top ten films of 2017. It grossed $138 million worldwide, including over $100 million domestically, the only comedy of 2017 to do so.

Logan: In the near future, a weary Logan (Hugh Jackman) cares for an ailing Professor X (Patrick Stewart) at a remote outpost on the Mexican border. His plan to hide from the outside world gets upended when he meets a young mutant (Dafne Keen) who is very much like him. Logan must now protect the girl and battle the dark forces that want to capture her.

Produced by Marvel Entertainment, TSG Entertainment and The Donners’ Company, and distributed by 20th Century Fox, Logan is the tenth installment in the X-Men film series, as well as the third and final Wolverine solo film following X-Men Origins: Wolverine (2009) and The Wolverine (2013).

Logan premiered on February 17, 2017, and was released on March 3, 2017, in IMAX. Logan has grossed over $616 million worldwide against its $97 million budget, making it the second highest-grossing rated film of 2017, behind only It.

Thor Ragnarok: Thor: Ragnarok is a 2017 American superhero film based on the Marvel Comics character Thor, produced by Marvel Studios and distributed by Walt Disney Studios Motion Pictures. The movie follows 2011’s Thor and 2013’s Thor: The Dark World, and is the seventeenth film in the Marvel Cinematic Universe (MCU).

The film is directed by Taika Waititi from a screenplay by Eric Pearson and the writing team of Craig Kyle and Christopher Yost, and stars Chris Hemsworth as Thor alongside Tom Hiddleston, Cate Blanchett, Idris Elba, Jeff Goldblum, Tessa Thompson, Karl Urban, Mark Ruffalo, and Anthony Hopkins. In Thor: Ragnarok, Thor must escape the alien planet Sakaar in time to save Asgard from Hela and the impending Ragnarök.