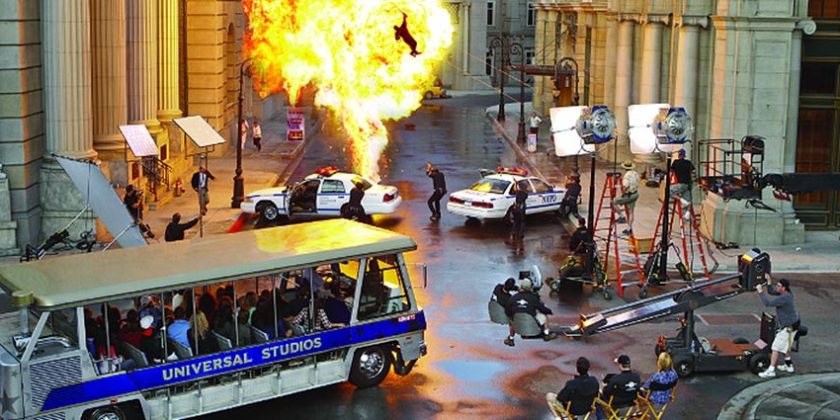 The film industry is one of the largest sources of entertainment in the world dating back in the 19th century. The industry produces thousands of films annually and rakes in billions of dollars in revenue.

According to UNESCO Institute for Statistics as of 2015, India topped the list of the countries with highest number of feature films produced. In 2017 alone, India produced 1986 films. The other countries that followed include, Nigeria, followed by the United States of America, then China and Japan took the fifth place

Lets have a look at the top five largest film industries in the world according to Box Office as per revenue generated:

China holds the second place after the United States and Canada, generating $8.59 billion in 2017 a rise from $6.6 billion in 2015 according to Box Office. According to World atlas the past decade, the film industry in China has been experiencing an annual average growth of a whopping 35% but experienced a meagre 3.7% in 2016 compared to 48% it experienced in 2015.

Hollywood fared better in China and accounted for 41.7% of the total box office in 2016. China is also set to produce 1,612 cinemas between 2016 and 2017. The most notable film studio in China is Hengdian World Studios

In 2017 alone, India film industry generated $2.39 billion. Most of the films produced in India are in Hindi or English ensuring that they can be exported. Bollywood produces films in Hindu and is the largest film producer in India.

However, despite a large population and the production of many films, India has few film screens compared to other major film producers according to World atlas. India has a screen ratio of 1 screen per 96,300 compared to 1 screen per 7,800 residents in the US. The other challenge could be unlike the US and Canada where films are created in one language, films in India are created in about 20 languages limiting the film to a particular group of people.

The film industry in Japan generated about $2.5 billion in 201, a rise from $2 billionin 2016 according to Box Office. Until 2012, Japan was Asia’s largest film producer, but slow economic growth and the high cost of film production resulted in a stagnating industry that was finally surpassed by China. According to World Atlas, there were 3,472 film screens in Japan compared to over 40,000 in China. The industry produced 610 films and 180.2 million admissions. Imported films accounted for 36.9% while locally made films accounted for 63.1%. Japan Film Industry is also credited as one of the oldest industries in the world that began production in 1987.

In 2017, the film industry in the UK generated $1.73 billion. The UK Film industry growth is highly credited to the massive boost the industry receives from the government which includes reduction of taxes on film production through tax reliefs. Some notable film studios in the UK include the Pinewood Studios. The industry spent an estimated $2.04 billion in 2016 to produce films.