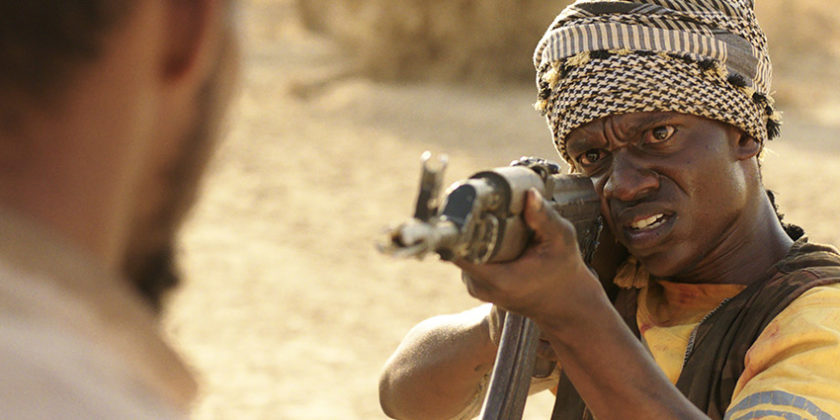 A Kenyan film titled ‘Watu Wote – All of Us’ has been nominated for the Oscars.

The film is based on a true story, following a terror attack in Mandera. Back in December 2015, a group of Kenyan Muslims travelling on a bus were ambushed by Islamist gunmen.

The terrorists, in an attempt to separate the Christians from the Muslims, with the expected slaughter to follow afterwards, had their efforts thwarted when the Muslim travellers protected their Christian counterparts by refusing to be split into groups.

During the attack, al Shabaab fighters sprayed the bus with bullets killing some passengers. A passenger said he and fellow Muslims defied demands from the attackers to help identify Christians travelling with them.

Abdi Mohamud, a Muslim who was among the passengers, said more than 10 militants got into the bus and ordered Muslims to split from Christians.

During the attack over 20 people were killed and the movie is a tribute to those who lost their lives.

It also portrays Abdiwali Farrah, a teacher who was honoured for his act of courage alongside others in the bus, who refused to reveal the identities of the Christians.

The film that was shot in Nairobi has won awards at more than 40 prestigious festivals around the world.

The short film was directed by Katja Benrath and is told through the eyes of actress Adelyne Wairimu, who played the role of one of the Christian passengers. It was written by Julia Drache and Brian Munene.

Last year, Director Katja Benrath from Hamburg Media School won in the student narrative category of the student Oscars and submitted the short film to the main Oscars scheduled.

The movie premiered at the Alcheimst Bar and The Junction Mall on Tuesday coinciding with its nomination.

The film will compete with “DeKalb Elementary,” by Reed Van Dyk, “The Eleven O’Clock,” by Derin Seale, “My Nephew Emmett,” by Kevin Wilson, Jr. and “The Silent Child,” by Chris Overton for the top awards.

The 22-minute film made it to the final list of five nominees for the Academy Awards on January 23. The 90th Academy Awards will take place on March 4 in Los Angeles, US.