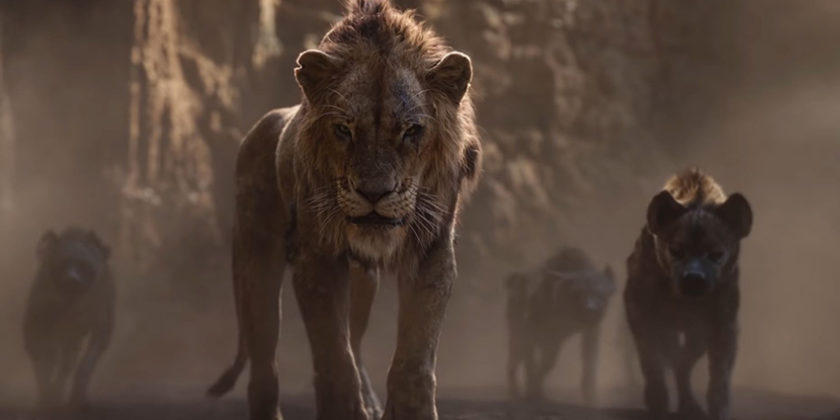 Disney’s new Lion King remake has, unsurprisingly, been a box office hit. In an interview on Conde Nast Traveler blog with James Chinlund, who was the Production Designer of Lion King, stated that the whole process started with a research trip to Kenya, with copious reference photos taken of the landscape and animals.

Director Jon Favreau’s retelling of the 1994 animated classic uses cutting-edge CGI to bring the characters to life, not least among them Mufasa (once again voiced by James Earl Jones), Simba (Donald Glover), and Nala (none other than the Queen Bey herself).

The job of recreating the film’s African wilderness fell largely to production designer James Chinlund, whose past credits include Planet of the Apes and Avengers movies.

“Favreau had gone on safari a few months before meeting with Disney execs about the film, and after getting the go-ahead on the project, he sent thirteen key members of his production team, on a two-week safari to Kenya,” read the article.

The team brought along more than 2,200 pounds of camera equipment and shot more than 12 terabytes of images.

In another interview with the Director of Lion King, Jon Favreau on Tech Crunch, the director stated that Lion King remake applied live action filmmaking techniques that he described as a “virtual production process.”

Then the art department got to work creating sets. Those shots were then edited together and handed over to the effects team at MPC to create the images you see in the final film.

The Pride Rock was inspired by Ndoto Mountains. In the same interview Conde Nast Traveler blog  Chinlund says he found source imagery in the dramatic, sculptural granite outcroppings of the Ndoto Mountains, just west of Northern Kenya’s Losai National Reserve, as well as the rock formations of the Chyulu Hills, in the south.

The Masai Mara inspired the Pride Lands. The area’s bush land, rivers, and wide-open savannas dotted with dramatic umbrella-like acacia trees provided just the right look. Masai Mara National Reserve is one of the most popular tourism destinations in Kenya- Africa. The reserve is located in the Great Rift Valley in primarily open grassland. Wildlife tends to be most concentrated on the reserve’s western escarpment.

The Masai Mara is regarded as the jewel of Kenya’s wildlife viewing areas. The annual wildebeest migration alone involves over 1.5 million animals arriving in July and departing in November.

Shaba National Reserve is a protected area in northern Kenya to the east of the Samburu and Buffalo Springs national reserves. Together, the three reserves form a large protected area.The Shaba reserve has dramatic scenery including river-side forests, scattered woodlands and dry grasslands dominated by the Shaba Hill volcano.

The plentiful wildlife relies on waterholes and marshes scattered throughout the reserve. Shaba is home to the endangered Grevy’s zebra and the rare Williams’s lark. Shaba was the setting for the book and film Born Free, for the film Out of Africa and for the reality show Survivor: Africa.

With that in mind, this was the reason that the oasis in Kenya’s Buffalo Springs Shaba Reserve made an ideal place that for the creative team to conceive the spot where the animals gather to lap up some much needed hydration.

Mount Kenya served as inspiration for the Cloud Forest in the movie.

Mount Kenya was the site of the Cloud Forest. Remember the scene on Hakuna Matata? This is where Simba lives with Pumba and Timon and sees ‘Cloud Mufasa’. The moors of Kenya’s Aberdare National Park, meanwhile, provided ideas for the surroundings of the ascent to the Cloud Forest.

Other places across Africa that got featured include:

The Namib Desert helped inform the look of the dry land. The sand dunes of the Sossusvlei, in Namibia’s Namib Desert, as well as the area around Kenya’s Lake Turkana—the world’s largest permanent desert lake—inspired the parched, arid lands you see Simba crossing between the Pride Lands and the Cloud Forest. And the dry lakebeds around Mount Kilimanjaro, just over the border from Kenya in Tanzania, were used to create the look of the area where Simba collapses after his desert crossing.

Remebere the scene where Simba and Nala in their youth visited the Elephant Graveyard, well that’s Lake Abbe and its chimney-like rock features in Ethiopia. Filmmakers based it on the volcanic landscapes found at Lake Abbe, on the Ethiopia-Djibouti border, and in Dallol, Ethiopia. Both have soaring, chimney-like rock features that spew steam—some of it toxic, in the case of Dallol—from deep underground.

The 100-foot-deep Sesriem Canyon in Namibia

Namibia’s narrow Sesriem Canyon is more than a half mile long and up to 100 feet deep. It provided the inspiration for the echoing crevasse where Simba practices his roar—the roar that he thinks causes the wildebeest stampede where spoiler alert… okay, we all know what happens.