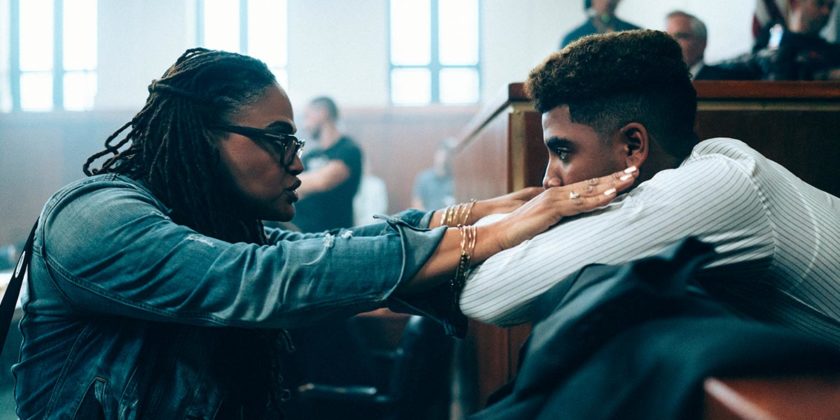 You have probably watched it! It is one of the films that has received widespread acclaim upon its release on Netflix on 31st May.

As we wait for another release today on Netflix, which will be more of a follow-up of the mini-series, titled Oprah Winfrey Presents When They See Us Now, we still can’t hide our excitement.

A quick synopsis of the mini-series: When They See Us extends from 1989, when five Harlem teens were arrested and prosecuted on charges in the Central Park jogger case, through their convictions and sentences, to 2002, when another man was identified as the assailant and their convictions were vacated by the court, to 2014, when they received a settlement from New York City for their suit for wrongful convictions and emotional distress.

So who is the brains behind this incredible piece? You have probably watched her other works including: 13th, Middle of Nowhere, Selma, a Wrinkle in Time, Queen Sugar, just to mention but a few.

When They See Us is the logical extension of Ava DuVernay’s work so far, which grapples with race, incarceration and institutional oppression.

Her second feature, Middle of Nowhere, told the story of a woman waiting for her husband to complete his prison sentence with an aching attention to the complexities of spousal devotion and selfhood. It paved the way for Selma, which chronicled Martin Luther King’s efforts to pass the Voting Rights Act of 1965 and announced the arrival, in DuVernay, of an unflinching new voice in mainstream American cinema.

Next came 13th, a surgical examination of mass incarceration and the amendment of the same name – and her second Oscar nomination. And last year, with the kaleidoscopic, Oprah-assisted sci-fi extravaganza A Wrinkle in Time, DuVernay became the first African American woman to direct a film with a budget of over $100m.

But then who is Ava Marie DuVernay? Ava was born August 24, 1972 is an American film director, producer, screenwriter, film marketer, and film distributor.

Unlike most Filmmakers and directors who got their start in the industry with film school and assistant positions, DuVernay’s journey has been far from traditional. Duvernay didn’t start filmmaking or even use a film camera until she was thirty-two and she also didn’t attend film school.

Interestingly, DuVernay’s first interest was in journalism, a choice influenced by an internship with CBS News, where she was assigned to help cover the O.J. Simpson murder trial.

DuVernay then became disillusioned with journalism however, and decided to move into public relations, working as a junior publicist at 20th Century Fox, Savoy Pictures, and a few other PR agencies before opening her own public relations firm, The DuVernay Agency, also known as DVAPR, in 1999.[19]

Through DVAPR she provided marketing and PR services to the entertainment and lifestyle industry, working on campaigns for movies and television shows such as Lumumba, Spy Kids, Shrek 2, The Terminal, Collateral, and Dreamgirls.

Other ventures launched by DuVernay include Urban Beauty Collective, which was a promotional network that began in 2003 and had more than 10,000 African-American beauty salons and barbershops in 16 (20 since 2008) U.S. cities which were mailed a free monthly Access Hollywood-style promotion program called UBC-TV, the African-American blog hub Urban Thought Collective in 2008, Urban Eye, a two-minute long weekday celebrity and entertainment news show distributed to radio stations, as well as HelloBeautiful, a digital platform for millennial women of color.

In 2005, she decided to take $6,000 and make her first film, a short-called Saturday Night Life. Based on her mother’s experiences, the 12-minute film about an uplifting trip by a struggling single mother (Melissa De Sousa) and her three kids to a local Los Angeles discount grocery store toured the festival circuit and was broadcast on February 6, 2007, as part of Showtime’s Black Filmmaker Showcase.

DuVernay then moved on to documentaries because they can be done on a smaller budget than fiction films, and she could learn the trade while doing so. In 2007, she directed the short Compton in C Minor. The following year, she made her feature directorial debut with the alternative hip hop documentary This Is the Life, a history of LA’s Good Life Cafe arts movement in which she participated as part of the duo Figures of Speech.

In 2011, DuVernay’s first narrative feature film, I Will Follow, was released theatrically. The film cost DuVernay $50,000 and was made in 14 days. I Will Follow was an official selection of AFI Fest, Pan-African Film Festival, Urbanworld and Chicago International Film Festival.

In the summer of 2011, DuVernay began production on her second narrative feature film, Middle of Nowhere, off a script she had written in 2003 but couldn’t get financed then. The film had its world premiere on January 20 at the 2012 Sundance Film Festival, where it played in U.S. dramatic competition and garnered the U.S. Directing Award: Dramatic for DuVernay, the first African-American woman to ever win the prize. DuVernay also won the 2012 Independent Spirit John Cassavetes Award for her work on the film.

DuVernay was commissioned by the Smithsonian’s National Museum of African American History and Culture to create a film which debuted at the museum’s opening on September 24, 2016. This film, August 28: A Day in the Life of a People, tells of six significant events in African American history that happened on the same date, August 28.

The five years since Selma have been kind to DuVernay. She signed a deal with Netflix worth a reported $100m; last summer, she sat on the Cannes jury beside Cate Blanchett and Denis Villenueve. She is slated to direct a film adaptation of DC comics’ The New Gods and a documentary about Prince, for which she has the blessing of the singer’s estate.

Twitter Influence that birthed the ideas ‘When they see us’

Ava Duverny is the most followed film director on Twitter, where she routinely pulls off that high-wire act of promoting her work and creating a personality aligned with and independent of it – a brand, if you will.

There, to her 2.1 million followers, she champions the work of other artists. It was in her Twitter mentions that the idea of a project about the Central Park Five was floated, by none other than Raymond Santana, who was only 14 when he was sentenced to five to 10 years in a youth correctional facility. “What’s your next film gonna be on?? #thecentralparkfive #cp5 #centralpark5 maybe???? #wishfulthinking #fingerscrossed,” he wrote to her in 2015. DuVernay direct messaged him in response. The rest is history.