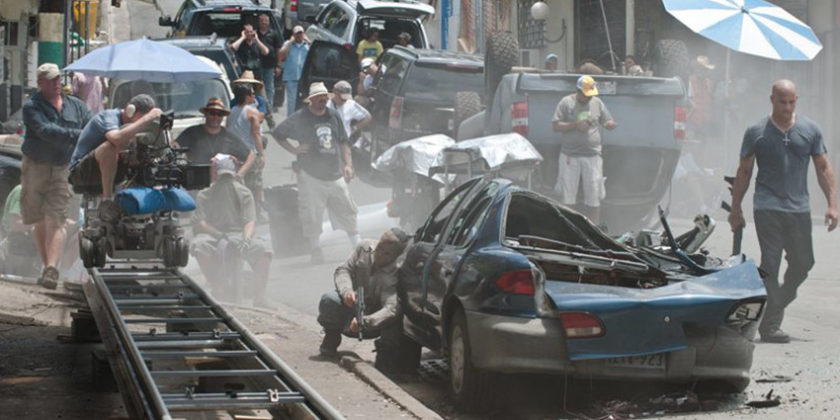 It takes a huge team to put together the product of a film that we tend to enjoy in our living rooms. I know this is obvious, but what is not so obvious is maybe how much the team involved takes home especially in Hollywood.

Some time back The Hollywood reporter, put together a list of salaries typically earned by a variety of employees working on small- and big-budget movies.

We’ve combined the report with other research on the subject including some numbers from salary research site Payscale.com, makes in a theoretical $200 million budget film—to get a good sense of how much different people make working on a movie.

Here’s what you can truly expect to make if you break into Hollywood.

The Hollywood Reporter estimates that A-list movie stars routinely make $15 million to $20 million for top roles in big-budget films. Secondary lead actors in a movie earn an estimated $1.5 million to $4.5 million. Meanwhile, actors without lead characters only get $150,000 to $300,000.

According to Payscale, the median salary for an actor or actress in general—in plays, TV, and the movies, without regard to the size of the role—is far, far less: $50,529 per year.

Directors overseeing their first big-budget films make around $500,000, according to Hollywood Reporter. But if you direct a big-time hit, your earnings can soar. Patty Jenkins was reportedly paid $1 million for Wonder Woman, and after it proved to be the second-biggest movie of 2017 (thus far), she agreed to direct the sequel for $8 million to $9 million.

Payscale reports that the median annual salary for a producer in TV and films is just $66,121. However, the typical Hollywood film producer earns $750,000 to $1 million per movie, though first-time producers might make only $250,000.

Hollywood Reporter says that top talent routinely pulls in $3 to $5 million per script. The median annual salary for a screenwriter is $72,414.

According to Hollywood Reporter estimates the boom operator—makes about $37,000 for working on low-budget films, $72,000 for typical studio films, and up to $120,625 for big-budget movies.

According to the Hollywood Reporter, with more than 400 scripted shows on TV today, salaries for showrunners are all over the map, but the sky’s the limit for a few select star producers. Sources say Shonda Rhimes, for instance, is raking in $15 million to $20 million a year at ABC.

Less prominent showrunners earn between $100,000 and $300,000 an episode — like Game of Thrones’ David Benioff and D.B. Weiss  with cable and streamers paying less than broadcast. Still, says a lawyer with a handful of showrunner clients, “If you’re running a 10-episode order of some giant hit on HBO, you could be making a million bucks or more [per season].”

Top stars’ income depends largely on how active they are. Acting roles (rates range from $5,000 per episode for a web series to $75,000 for a walk-on appearance in a movie) and brand deals can be big income drivers. But industry sources say stars who own merch businesses, like Logan Paul and Jeffree Star, can make as much as $15 million.

The upper-tier YouTube star’s annual income can hover somewhere closer to $5 million a year, with sponsorships (Bethany Mota was offered $325,000 for promoting a skin care company) making up the bulk of their earnings.

Up-and-comers who have moved beyond home videos but haven’t quite hit it big can earn around $500,000 a year from a combination of advertising revenue and appearance fees (usually $5,000 a pop).

The average base salary at the chairman level — think Disney’s Alan Horn or Fox’s Stacey Snider — is $5 million. Total annual compensation, however, can amount to $15 million to $20 million when factoring in stock grants and bonuses. It’s not clear whether former 20th Century Fox film chairman Jim Gianopulos negotiated a raise when he was named chairman-CEO of Paramount Pictures this year, but he almost assuredly didn’t take a pay cut. The major perks continue to be access to a private jet and a posh home theater.

The base pay commanded by a president of worldwide marketing and distribution can be $1.5 million or more. One insider says Sony president of worldwide marketing and distribution Josh Greenstein, who re-upped with the studio Sept. 21, negotiated a significant hike, pushing his salary past $2 million. On the production side, a president of a motion picture group or a vice chairman — think Warners’ Toby Emmerich or Fox’s Emma Watts — can take home $2 million a year in base pay before bonuses.

Those running a studio specialty division, such as Focus Features, Fox Searchlight and Sony Pictures Classics, have to squeak by on $1 million in base pay.