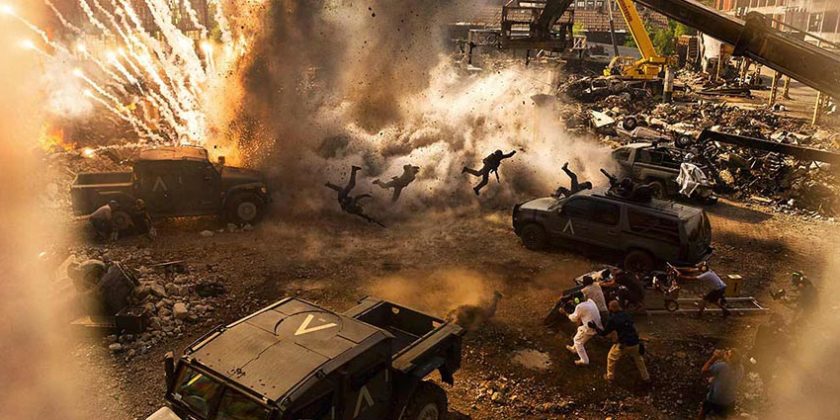 Tech innovations that have changed the film industry over time

When we think of technology and innovation today, ones and zeroes pop into our heads. From cloud computing to Virtual Reality to VFX Effects and Camera Technology enhancement it is clear that the industry has also felt the effect of disruption that comes with technology.

Back in the day, technological advances came about simply because the filmmaker yearned to tell a better story. This has seen filmmaking as an artistic medium to always be about innovation.

However, early filmmakers realized that to push the art form forward, the technology needed to advance as well. So here is how technology has played the role over the years:

The cinema industry now uses drones that have built-in knowledge and algorithms related to filmmaking techniques. They take different angles and shots while shooting a movie. They are also GPS-enabled and can be operated through smartphones, an app, or even by a remote control system.

The filmmaker, on the other hand, can make or alter shots as per his/her requirement. The drones cruise at high speed and at high altitudes, depending on the model. They are lightweight and have better maneuverability than big equipment.

The first time computer-generated imagery was used in the film was in the sci-fi movie Westworld, back in 1973. The subsequent films Futureworld (1976) and Tron then came with 3D, and the rest is history. This was a good time for fantasy and science fiction filmmakers because it provided the right tools to visually illustrate the themes and the world of their characters. However, with advancement, the technology has been used widely and was even used in the remaking of Lion King 2019 movie.

Technologies like 4k+ 3D or ultra high definition 3D are now being used to shoot action sequences. The camera uses two or more lens to capture details that display better content on screens. It captures live-action and playback and features editing plug-ins and VR audio recording.

The technology is expensive but is helping shape the film industry. It appears as 3D, which it is actually not, and provides clear and improved picture quality. It is expected that at the pace cinema is adopting new technologies, 4K content is likely to be available everywhere, and at an affordable price.

Big and bulky equipment to shoot films is no longer needed, when it can be done easily with smartphones. Smartphones have become the future of the filmmaking process, and many filmmakers are adapting to it. Many short films and documentaries are being made on smartphones as they find it more comfortable and easy to use. There will be a day in the future that any new equipment to shoot a film will be a smartphone with filmmaking technologies.

The Dolly and Steadicam

These technologies are the inventions that represent benchmark camera techniques. The dolly is simply placing the camera on wheels that glide along tracks. This facilitates a smooth movement that allows you to follow people when they are walking or talking, or even get sweeping opening shots, particularly when combined with a crane.

The Steadicam, on the other hand, was invented to incorporate the seamlessness of a dolly system while allowing the freedom of handheld shooting. It is a rig that allows you to place the camera on several points of the human body, utilizing the cameraman’s chest, shoulders, and back to support the camera while holding it with your hands.

This is different from the typical video cameras and shoots or captures film in all directions, giving a 360-degree view to viewers. Companies like Google are working on professional-grade cameras, while others are developing cameras for consumers. A virtual reality headset is required to create a 360-degree view, and some equipment manufacturers have already started selling products specially designed for recording 360-degree videos.

One of the biggest moves in the movie industry was the transition from film to digital cameras. The ability to record onto internal storage and memory cards instead of chemicals saw a significant reduction in production time and expenses. The bonus was that these cameras were compact, which also helped reduce the time for setting up the equipment. Since the introduction of the first DSLR camera to shoot at 24fps in HD video (Nikon D90) in 2009, there has been a noticeable difference between film and digital.

To the broadcast industry, Video on Demand effect that includes the like of Netflix is currently a Big Bang. There is nothing more disruptive. Video on demand is an old idea, but it’s always been hampered by bandwidth. For many people, this is no longer the case.

Netflix (and Amazon, Showmax, Iflix, and Hulu, etc) are changing the way people consume media. We no longer exist on a scheduling timeline that’s been imposed on us.

It’s likely that 5G will become the default way for us to connect and transfer data. It will typically be faster than our own broadband connections. Before long, we will be wrapped in a wireless fabric of extremely high-speed data communications and we will, shortly after that, wonder how we ever managed without it.

We could say so much or so little about this. Every time we mention it we could fill a book. Suffice to say that it’s incredibly important, and at the same time, very hard to measure – and certainly to predict. My feeling is that AI and ML will turbocharge the rate of progress.