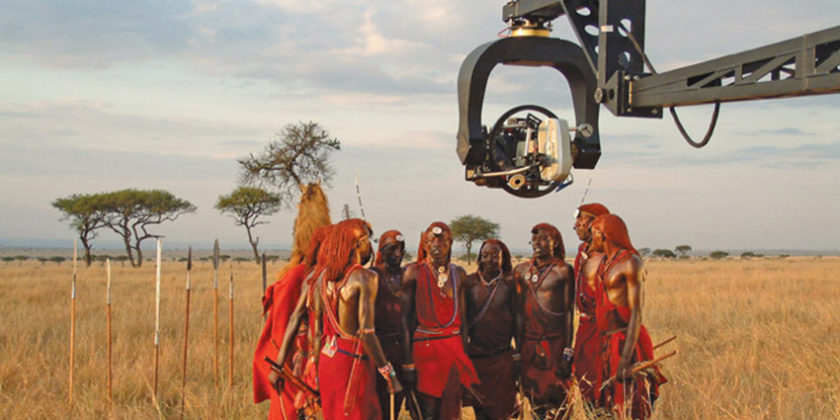 Will Kenya Film Industry ever catch up??

Recently, the Kenya Film Industry has been faced with lots of challenges key of them being, the recent notice by the Kenya Film Classification Board (KFCB) alerting the Kenyan creative economy community of mandatory licensing which has since seen calls for a national conversation on the board’s relevance and the suitability of its current office holders.

Lets face it, Nollywood is the World’s second largest film industry, after Bollywood in terms of quantity. Well, less than three decades ago, in 1992, that’s when the industry was born through an electronics salesman Kenneth Nnebue, who shot a straight-to-video movie in one month, on a budget of just $12,000.

The movie dubbed Living in Bondage sold more than a million copies, mostly by street vendors. By 2009, Nollywood had surpassed Hollywood as the world’s second largest movie industry by volume, right behind India’s Bollywood.

And in 2014, the Nigerian government released data for the first time showing Nollywood is a $3.3 billion sector, with 1844 movies produced in 2013 alone, making the industry a key contributor to the country’s GDP.

Back home, the Kenya  Film Industry or largely the creative industry remains crippled now and then. But how about we shift gears a little bit and have a look at how far the Film Industry has come from a global perspective?

According to Wikipedia, it is not clear, how far the history of the film industry dates. However, the commercial, public screening of ten of Lumière brothers’ short films in Paris on 28 December 1895 can be regarded as the breakthrough of projected cinematographic motion pictures.

However, Roundhay Garden Scene is an 1888 short silent film recorded by French inventor Louis Le Prince. It is believed to be the oldest surviving film in existence, as noted by the Guinness Book of Records. The film Sortie de l’usine Lumière de Lyon (1895) by French Louis Lumière is considered the “first true motion picture.

There had been earlier cinematographic results and screenings, but these lacked either the quality or the momentum that propelled the cinématographe Lumière into a worldwide success.

Later film production companies were established all over the world. The first decade of motion picture saw film moving from a novelty to an established mass entertainment industry.

The earliest films were in black and white, under a minute long and without recorded sound.

During the 1890s films became several minutes long and started to consist of several shots. The first film studios were built in 1897. The first rotating camera for taking panning shots was built in 1898.

Special effects were introduced and film continuity, involving action moving from one sequence into another, began to be used.

In the 1900s, continuity of action across successive shots was achieved and the first close-up shot was introduced. Most films of this period were what came to be called “chase films”. The first successful permanent theatre showing only films was “The Nickelodeon” in Pittsburgh in 1905.

The first feature length multi-reel film was a 1906 Australian production. By 1910, actors began to receive screen credit for their roles and the way to the creation of film stars was opened. Regular newsreels were exhibited from 1910 and soon became a popular way for finding out the news.

From about 1910, American films had the largest share of the market in Australia and in all European countries except France.

New film techniques were introduced in this period including the use of artificial lighting, fire effects and low-key lighting for enhanced atmosphere during sinister scenes.

As films grew longer, specialist writers were employed to simplify more complex stories derived from novels or plays into a form that could be contained on one reel and be easier to be understood by the audience – an audience that was new to this form of storytelling.

Genres began to be used as categories; the main division was into comedy and drama but these categories were further subdivided. During the First World War there was a complex transition for the film industry. The exhibition of films changed from short one-reel programs to feature films. Exhibition venues became larger and began charging higher prices. By 1914, continuity cinema was the established mode of commercial cinema. One of the advanced continuity techniques involved an accurate and smooth transition from one shot to another.

W. Griffith had the highest standing among American directors in the industry, because of the dramatic excitement he conveyed to the audience through his films. The American film industry, or “Hollywood”, as it was becoming known after its new geographical center in Hollywood, a neighborhood in Los Angeles, California, gained the position it has held, more or less, ever since: film factory for the world and exporting its product to most countries.

By the 1920s, the United States reached what is still its era of greatest-ever output, producing an average of 800 feature films annually. During late 1927, Warner’s released The Jazz Singer, with the first synchronized dialogue in a feature film. By the end of 1929, Hollywood was almost all-talkie, with several competing sound systems. Sound saved the Hollywood studio system in the face of the Great Depression.

The desire for wartime propaganda created a renaissance in the film industry in Britain, with realistic war dramas. The onset of American involvement in World War II also brought a proliferation of films as both patriotism and propaganda. The House Un-American Activities Committee investigated Hollywood in the early 1950s. During the immediate post-war years the cinematic industry was also threatened by television and the increasing popularity of the medium meant that some film theatres

It is however clear that since then, the numbers in the film industry globally are certainly impressive – in terms of the number of films produced each year, Bollywood is firmly on top of the pile with 1,602 in 2012 alone. Nigeria churned 1844 movies in 2013, while the US churned out 476 films that year while the Chinese managed 745.

Its undeniable that steps in the Kenya Film Industry have been made in the past years. I mean we just had the first Kenyan Directed Film showcased at the Cannes Film Festival. However, the question still lingers as to when Kenya Film Industry will catch up with the rest of the world, keeping in mind that some industries i.e United Kingdom Film industry is ranked among the 5 top film industries majorly because the industry is receiving a massive boost from the government which includes reduction of taxes on film production through tax reliefs.

This is totally different with Kenya. The sector is bedeviled by several problems including infrastructure and skill development, financing, equipment provision, and promotion. This has left Kenya lagging behind its competitors in Nigeria, Morocco, and South Africa, who have used a blend of financial incentives and logistical support to boost the growth. We think its time that the Government reacted and tapped into the potential that lies within the industry.

Want  to learn more about what we do at Tufilamu? Visit our Home Page to get more information