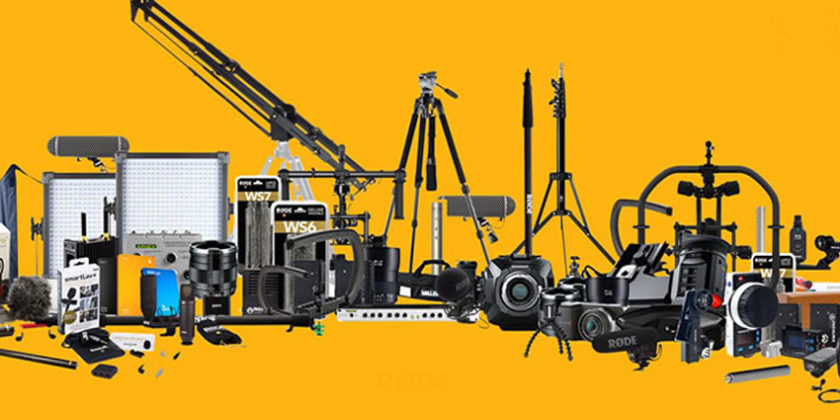 Bigger and Better; My RØDE Reel Competition is back for the fourth year

RØDE Microphones has announced ‘My RØDE Reel’ is back for its fourth year promising this year that the competition will be bigger and better.

With close to 8,000 video submissions from 89 countries, ‘My RØDE Reel’ has not only become the world’s largest short film competition, but has also established itself as a staple amongst the global filmmaking community.

One of this year’s new prizes for major category winners will be membership in the RØDE Directors Club, in which members will receive every new Broadcast and Filmmaking category microphones RØDE releases for the next three years (pre-release!).

RØDE Microphones launched ‘My RØDE Reel’ in 2014 to huge international engagement. In 2014,the competition awarded over $200,000 worth of gear including Blackmagic Cinema Cameras, Zeiss Prime Lenses, Freefly MōVI M5s and several products from Kessler Crane, UltraCage, and Redrock Micro. RØDE got entries from filmmakers in 76 countries around the world. By 2016, the competition had grown to over 2,000 short film entries from 89 countries around the world.

In 2017 the competition returns with an increased total prize pool of more than $500,000 and, yes, more awards than ever before.

From amateur to professional – all filmmakers are encouraged to take part and tell their story. To enter ‘My RØDE Reel’, people are required to create a short film of three minutes or less, as well as a behind-the-scenes reel that features a RØDE product being used during the production of the film.

Through out the competition Tufilamu Pictures has submitted two of its works in 2015 and 2016 respectively. In 2015, Tufilamu submitted one of its works, Confessions; a story about a young woman tormented by her secrets and lies to a point of confession. And in 2016, we submitted Spensa; a short film about a homeless person that embodies something that connects all people; our desire to succeed. Spensa, was positioned at 15 out of 1226 short films submitted that year.

This year will also see the BTS award for the best behind-the-scenes film split into two categories which are Educational BTS Award, for the most informative behind-the-scenes, and Entertaining BTS Award: what it says on the tin – most entertaining.

It is not clear yet the new categories that will be featured this year but new genre awards in 2017 will include Best Virtual Reality film (using 360-degree cameras), best 30-second TVC (for RØDE, naturally) and Best Vlog.
For more information about the competition visit www.myrodereel.com.

Rihanna and Lupita Nyong’o, could star in the same movie thanks to Twitter