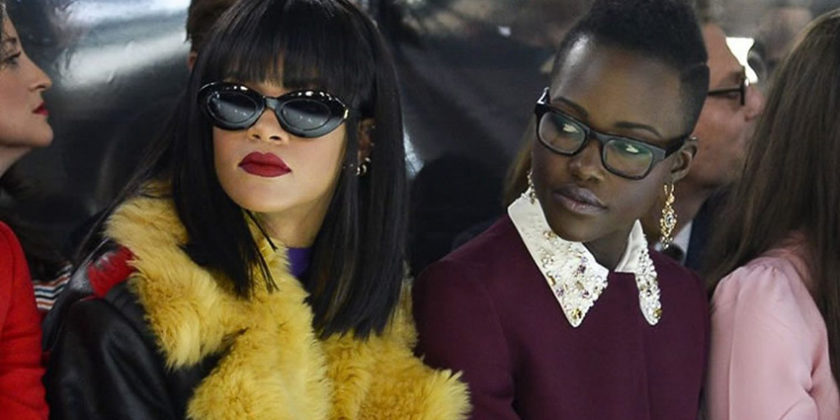 Rihanna and Lupita Nyong’o, could star in the same movie thanks to Twitter

What started as a meme, last month on twitter, about playing scammers and computer geniuses could finally turn into reality this is after Netflix reportedly beat out several other bidders at the Cannes Film Festival to snag a deal to create a movie starring Nyong’o and Rihanna, and directed by Ava DuVernay, the filmmaker behind Selma and The 13th, according to Entertainment Weekly reports.

According to Techcrunch, The idea for the movie got its start on Tumblr two years ago, when someone posted a photo of Rihanna and Nyong’o at a Miu Miu fashion show in 2014. The photo was perfectly captioned with, “They look like they’re in a heist movie with Rihanna as the tough-as-nails leader/master thief and Lupita as the genius computer hacker.”

Two years after the photo appeared on Tumblr, the photo resurfaced on Twitter with the following caption: “Rihanna looks like she scams rich white men and lupita is the computer smart best friend that helps plan the scans.”

The movie is slated to begin production next year. Sources also revealed that the people who helped develop the storyline via social media will be credited in the film in some way.

lupita, movies, rihanna
Bigger and Better; My RØDE Reel Competition is back for the fourth year
Huawei Mobile Film Festival to Inspire Movies Made for a Mobile World