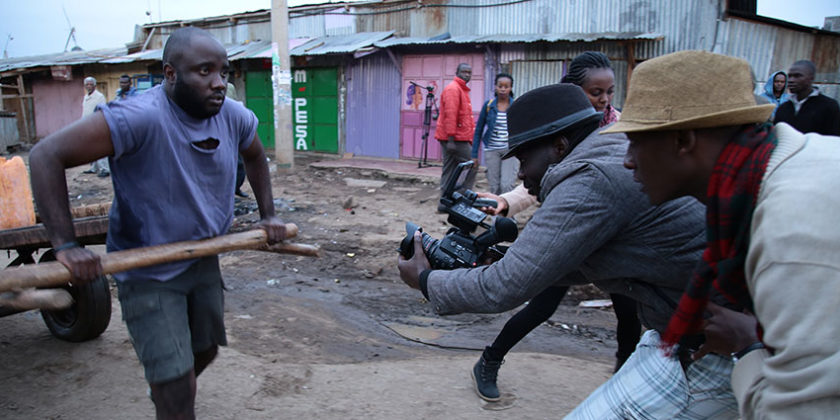 Kenya Film Commission Board (KFCB) is in the process of rolling out the Sinema Mashinani project, aimed at promoting film culture in rural areas across the country. According to the KFCB website, the Board is also seeking to establish the Creative Arts Centre of Excellence, which will provide film and music production equipment to the youth at subsidized rates.

The Sinema Mashinani project is part of Studio Mashinani, a project through which the Government has taken recording studios to the grassroots level. Through the Studio Mashinani project, the Government will strive to make it more affordable to produce, record and eventually popularize and commercialize talents from all over the country via KBC’s newly-launched youth dedicated television channel (Y254) and other digital platforms.

The Studio Mashinani Project is part of the Ajira Digital Programme – a broader initiative that provides a remarkable digital solution to youth unemployment in Kenya. The programme seeks to introduce Kenya’s unemployed youth to online work, providing training, resources and infrastructure that they would require to be successful in the digital workspace.

To facilitate Ajira’s digital solution to unemployment, the Government has committed to provide free Wi-Fi, high-speed Internet connectivity and digital devices in all the 290 constituencies through the Constituency Innovation Hubs project in collaboration with Members of Parliament.

Each constituency will have four innovation hubs to enable young people at the grassroots level to access online work and other digital opportunities. Already, Limuru and Mathioya constituencies have operationalised their Innovation Hubs, which already are now beehives of activity with hundreds of young people frequenting them to access and complete online work and other transactions.

In February, KFCB Officials announced that Kenya’s film industry generated 72 million U.S. dollars in 2016, creating direct and indirect employment to more than 100,000 people. With new advancements in technology such as the emergence of Over the Top Service providers and Digital Television broadcasting and projects like Sinema Mashinani ,the industry could generate even more income in 2017.