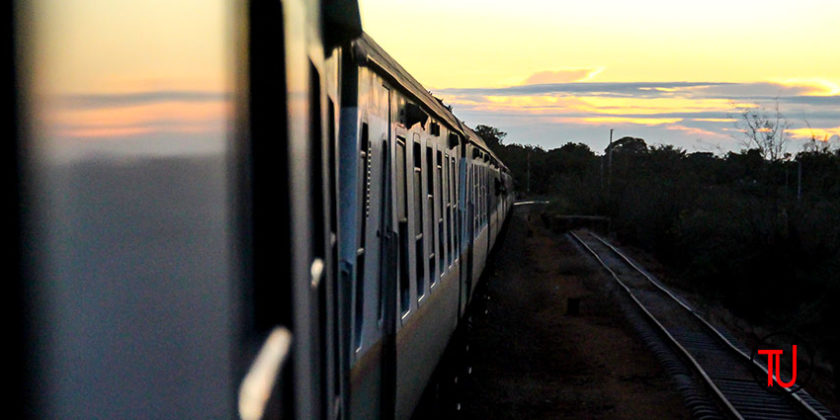 Last Ride on the Lunatic Express

On April 28th, 2017, a pillar of our country’s history came to an end. After 117 years in full operation, the old trains plying the Nairobi-Mombasa route, famously touted as The Lunatic Express boarded its carriages with passengers for the last time ever.

Tufilamu Pictures were obliged to grace the occasion and give this last journey a fitting last farewell. We decided to use this means of transport en-route to Kilifi, which was our location for the first episode of our exciting upcoming Cultural Tourism series.

In what has been a forgotten mode of transport these days, The Lunatic Express was one of the most important forms of travel for the non-millennial generations. Awash with history and interesting tales recounted to children by their parents, the construction of this railway track a century ago was arguably one of the most notable events in the history of Kenya. You might remember the story of the Tsavo Man-Eaters, the story of the mane-less lions that terrorized the construction workers who built the railway.

This railway line is also famous for opening up commerce between Kenya and Uganda, its final destination. Charles Miller coined the term ‘Lunatic Express’ in his 1971 publication: “The Lunatic Express: An Entertainment in Imperialism”. In this book, Charles describes the challenges of the Uganda Railway’s construction. 2500 died during construction, mostly from disease. 28 of these fatalities were Indian deaths caused by the aforementioned man-eating lions of Tsavo. 135 African workers were also killed by the same man-eaters. Additionally, the demanding terrain, lack of water and hostile natives further compounded the difficulties.

The Lunatic Express train, also known as the Iron Snake, however, surpassed these challenges and became endeared to its users. It was not therefore without some degree of melancholy that we bid it farewell; and what an honour it was to collaborate with our friends over at Turnup.Travel & Microdrone Africa to create a video to forever archive this important last journey. While the rest of the country was talking up the SGR, we will never forget the last train ride on the Iron Snake. 16 hours of pure fascination and excitement. For a lot of the Tufilamu members, it was their first time using the train. After departing the Nairobi Railway Station at 5pm, we traversed two national parks; Nairobi and Tsavo.

Traveling in The Lunatic Express made us appreciate the different landscapes that dot our beautiful country. From thorny bushes, to sisal plantations to spectacular baobab trees; it was all very sobering. Add that to the never-ending party that took place at the last carriage, the interesting characters we met on the train (It was sold out!), the interesting stories from the conductors, the sobering warnings from the workers to close the windows and stop sticking our heads out as we were about to enter Tsavo, the light breakfast of baked beans, eggs and toast; it was all quite the experience.

Rest easy Lunatic Express, your journey has ended. We shall hold on to the memories you gave us. We shall pass on your greetings to your big brother; the SGR.