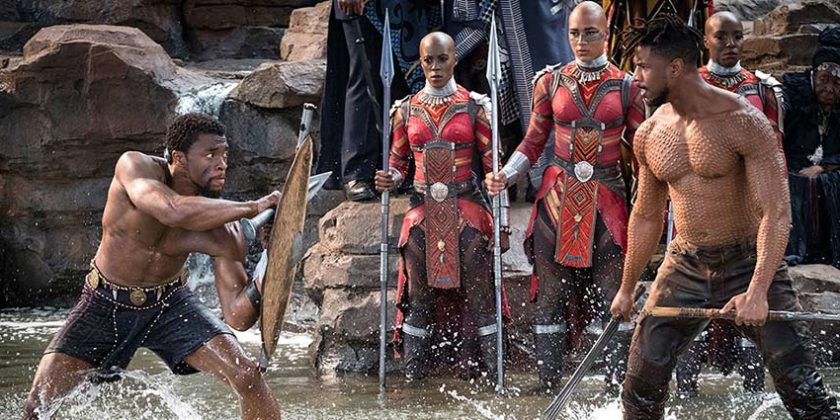 Black Panther continued to race past industry expectations with an estimated $192 million over the three-day weekend including Thursday night previews, making it by far the largest February opening ever (surpassing Deadpool‘s $132 million by a wide margin) and the fifth-highest 3-day opening in history after Star Wars: The Force Awakens, Star Wars: The Last Jedi, Jurassic World, and The Avengers.

This is according to Black Office (http://pro.boxoffice.com/black-panther-box-office/) Over the four-day period, it’s now estimated to come in at the high end of expectations with $218 million, a truly monumental number for the unprecedented blockbuster.

Global ticket sales by Monday will total an estimated $387 million, according to comScore. “Black Panther” instantly became the top-grossing film in history by a black director (Ryan Coogler) and featuring a largely black cast. The previous record-holder was “Straight Outta Compton,” which collected $214 million worldwide in 2015 — over its entire run — after adjusting for inflation.

Looking at the big picture, Black Panther stacks up impressively in a number of ways. Its Saturday gross ($65.8 million) is the 4th largest in history and 2nd largest in the history of the Marvel Cinematic Universe (MCU), while its Sunday gross ($50.3 million) was the fifth-highest all time if estimates hold.

The weekend’s two other new wide releases opened decidedly soft in the face of the Panther behemoth. Aardman’s stop-motion animated Early Man grossed an estimated $3.1 million through Sunday and $4.1 million through Monday, while Biblical actioner Samson is looking at an estimated $1.9 million over the three-day period and $2.3 million over the four-day.

Last weekend’s No. 1 Fifty Shades Freed, meanwhile, took in an estimated $16.9 million over the three-day period ($18.9 million four-day), a drop of around 56% from its $38.5 million opening. That would bring its total to $78.1 million through Monday, about 12% off from Fifty Shades Darker at the same point. At this pace, Freed will easily cross the $100 million mark domestically by the end of its run.

The Black Panther is also a giant hit internationally with $169 million in its opening weekend overseas, with the film breaking records in the majority of markets. That makes it No. 15 on the list of all-time international openings  though it has yet to open in key markets including China, Russia, and Japan. Highlights this weekend include a $25.3 million opening in Korea, $24.8 million in the UK, and $9.6 million in Mexico. Its global cume now stands at $361 million over the three-day period, and $387 million including Monday’s domestic estimate.

The movie, which features a cast of black stars premiered in Kenya and across the world on Friday, with the show at Nairobi’s IMax theatre being fully booked.

Before that, the movie had a private screening on 14th and 15th February.  The film has a big significance for Kenya because it features Lupita Nyong’o as a co-star, hence a premier was held on 13th February in Kisumu County.

Lupita, the daughter of Kisumu Governor Anyang’ Nyong’o, started her career in Nairobi before making it to the big league in Hollywood, which saw her win an Oscar for Best Supporting Actress in 2014, for her role in 12 Years A Slave. Her role in Black Panther has caused excitement among local audiences.

In an interview with Daily Nation (https://www.nation.co.ke/lifestyle/buzz/Black-Panther–Has-all-the-hype-been-worth-it–/441236-4309502-pm512c/index.html) Ms Flora Njagi of Anga IMax, Nairobi, said that never before has there been a major Hollywood movie starring black superheroes by a big studio like Disney.

“In Kenya, from the audience numbers since the film premiered in Kisumu on Tuesday, and from pre-sales of theatre tickets in Nairobi, if this upward arch continues, we expect this to be our best-selling film of all time,” Ms Njagi said.

A ticket for the premier was being sold for Sh1,500. We still do not have the numbers of the attendees as per the first weekend since the premier in Kenya, but we will give an update.