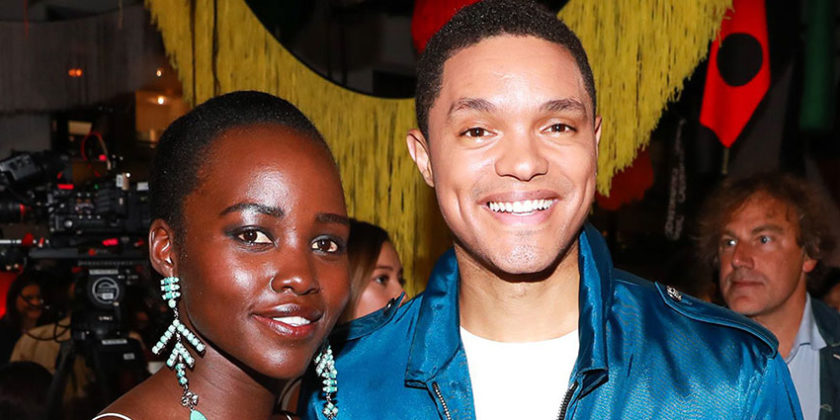 Lupita Nyong’o is set to star and produce Trevor Noah’s feature film adaptation of his famous book “Born a crime.”

Announcing the news to millions of followers on her Instagram page, she said:

“When I read Trevor Noah’s “Born A Crime,” I could not put the book down. Excited to announce that I will be starring in and producing its feature film adaptation! #BornACrime.”

Trevor could not keep the excitement to himself either as he revealed shortly after with additional news, revealing she will take the leading role of his mother in the book. Trevor wrote:

“My mom is a powerful woman who could easily be one of the beautiful soldiers in Wakanda. So it’s beyond a perfect fit that she would be portrayed on the big screen by the radiant and regal Lupita Nyong’o. I’m beyond excited.”

Born a Crime:Stories from a South African Childhood is an autobiographical comedy book written by the South African comedian Trevor Noah

The book details Noah’s growing up in post-apartheid South Africa. As the light-skinned product of a white father and black mother, he never fit well into the racial schemes introduced after apartheid.

The book opens with young Noah being thrown out of a minibus by his mother, because she thought the driver, from another tribe, was trying to kill them.

Later in life young Trevor is caught stealing a car, and his mother lays down the law about crime and punishment.

She was an important figure in his becoming a man, but she had many problems of her own: years after the minibus incident, Noah’s stepfather shot her in the head while she was returning from church with her family.

Young Noah developed a social and mental agility that helped him during these times of trial, whether he was talking in their own language with different tribes, or risking arrest and violence by selling illegal bootleg CDs in dangerous neighborhoods. Through it all, his mother administered tough love and “old-school, Old Testament discipline.”

In large part, the book is a penned to Noah’s mother, who grew up in a hut with 14 occupants. She was a fiercely religious woman who took her son to three churches every Sunday, a prayer meeting on Tuesday, Bible study on Wednesday and youth church on Thursday, even when the Africans were rioting in the streets and most people were cowering in their homes.