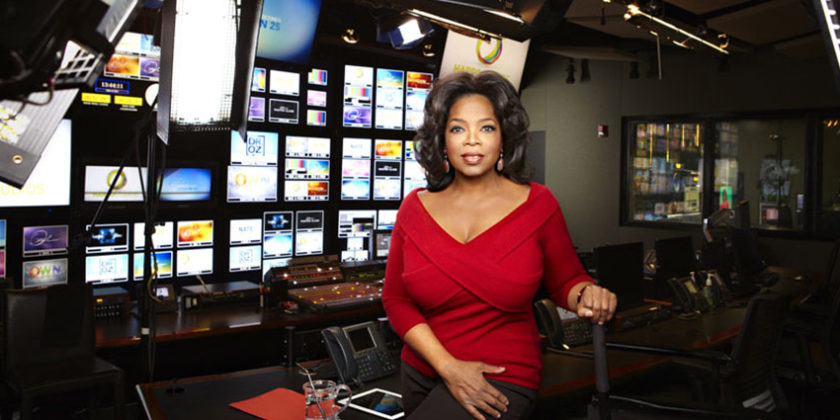 Apple has announced a unique, multi-year content partnership with Oprah Winfrey, the esteemed producer, actress, talk show host, philanthropist and CEO of OWN.

Together, Winfrey and Apple will create original programmes that embrace her incomparable ability to connect with audiences around the world.

Winfrey’s projects will be released as part of a lineup of original content from Apple.

According to the HollyWood Reporter, Winfrey landed the Apple Deal in a competitive situation with other tech giants, likely including Netflix and Amazon, all pursuing similar deals. Apple is said to have aggressively pursued Winfrey as part of a larger push to reach a broad audience.

Winfrey’s Harpo Films will own any and all content produced under the Apple partnership, in line with the mega-producer’s longtime business model. The deal marks a different type of pact than Netflix’s lucrative deals with Ryan Murphy and Shonda Rhimes, which were both completed in a bid for the streaming giant to own more of its original programming.

The deal, however, is non-exclusive as Winfrey will continue to remain chairman and CEO of Discovery Communications-backed cable network OWN.

Winfrey in December extended her deal with OWN to remain through at least 2025, with Discovery acquiring an additional 24.5 percent of the cabler from Winfrey-owned Harpo.

Discovery has more than a 70 percent stake in OWN as Winfrey and Harpo retain a significant minority interest in the joint venture.

Winfrey’s OWN exclusivity remains as it has been since the formation of the cable network. She is exclusive to OWN for pay cable for on-camera work and can render on-camera services on other platforms on a limited basis. That allows Winfrey an opportunity to have on-camera roles on potential Apple content.

Winfrey’s deal with Apple comes amid a growing arms race for established writers and producers after Netflix poached Rhimes and Murphy from their longtime broadcast-focused homes at ABC Studios and 20th Television, respectively, in a push to own more of its content.

That has ignited a nine-figure war for top talent and forced both traditional studios and rival tech giants like Apple and Amazon to step up their games and offer more than typical overall deals used to include, as both Murphy and Rhimes’ deals stretch beyond TV and include film.

To that end, Amazon also this week inked Nicole Kidman to a first-look film and TV pact, with Saturday Night Live mastermind Lorne Michaels recently moving his film deal to Universal, further aligning him with its corporate sibling TV studio as he renegotiated his NBCU pact.

The deal marks a great mark for Apple, which has been aggressively buying high-end scripted programming under new video heads Zack Van Amburg and Jamie Erlicht. Still to be determined is just how that content will be pushed out on Apple’s platform.