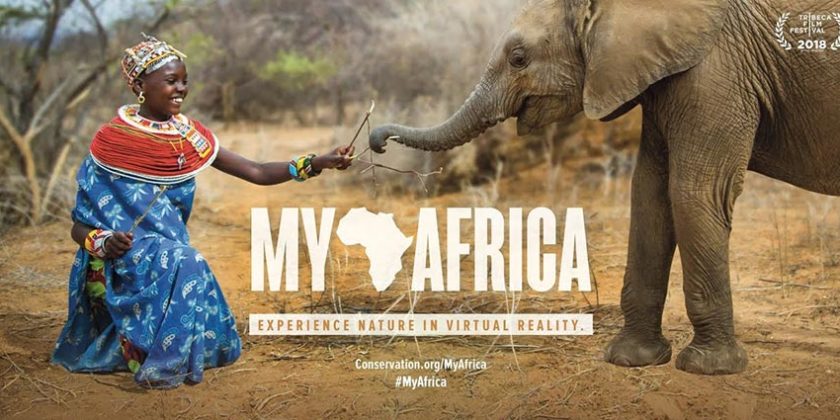 A virtual reality film “My Africa” showcasing community-led wildlife conservation in a remote area of Northern Kenya that was previously scarred by poaching, has emerged among the finalists in a prestigious global award.

The film narrated by Kenyan actress and Oscar award winner Lupita Nyong’o has been selected in the Jackson Hole Science Media Awards that celebrates the world’s most effective science storytellers and stories.

More than 500 film entries from around the world competed in various categories. At least 100 international judges screened an aggregated 1,250 hours of media before selecting the finalists.

The VR film shot in Reteti Elephant Sanctuary in Kenya’s Samburu County, transports viewers to the elephant sanctuary where a community is reknitting the bonds that have long enabled people and wildlife to coexist. The community has been rescuing and nurturing injured and orphaned baby elephants since 2016 before returning them to the wild.

The award will be given to the program that most effectively uses 360 technology and resources to advance an appreciation or understanding of a scientific discipline, discovery or principle, including both VR and AR programs

Other films nominated in the same category include: Greenland Melting, The Protectors and This is Climate Change:Fire.

My Africa was Directed by four-time Emmy award winner David Allen and was released worldwide in seven languages on April 30 after a successful premiere in New York during the 2018 Tribeca Film Festival.

Other organizations that were involved in the production include Passion Pictures, Vision 3 and Deep VR.

It goes further to show experience of the community’s delicate and unique work of caring for rescued baby elephants orphaned by poachers, left behind by their herds or injured in accidents such as falling into wells.

Recognizing excellence and innovation in 22 Content, Program and Craft categories, the Jackson Hole Science Media Awards celebrate the world’s most effective science storytellers and stories. Award-winners will be showcased at special screening events hosted with partner organizations around the world.

Once again, this year, Jackson Hole WILD and WGBH have joined forces to bring SMASH to Boston, a global center for scientific research and technological innovation.

The event is set to run from September 25-27, 2018, more than 300 science media stakeholders will gather to celebrate exceptional media, cutting-edge discoveries and explore new ways of communicating the wonders of science to a global audience in a rapidly-changing media landscape.