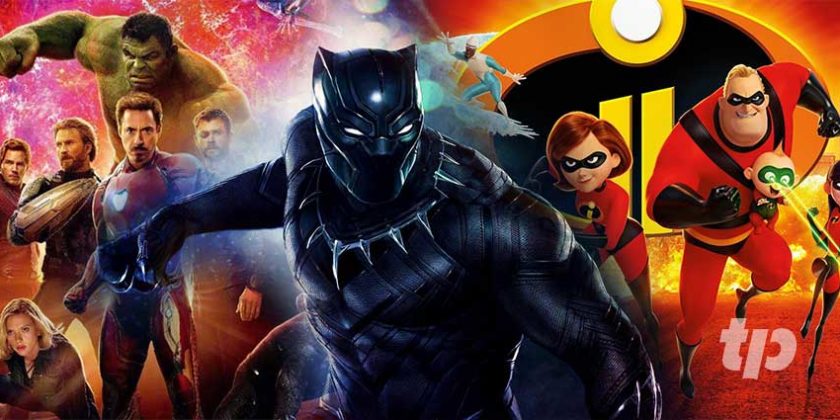 2018 was a great year for the film industry. Black Panther,’ ‘Avengers: Infinity War’ and ‘Incredibles 2’ led a super year at the domestic box office, according to IMDbPro.

Black Panther led the frontier in 2018, grossing more than $700 million at the U.S. box as of Dec. 10, according to Box Office Mojo, the leading online box-office report and a service of IMDbPro.

Globally, the first mainstream superhero movie fronted by an almost entirely black cast got more than $1.3 billion. The Disney and Marvel Cinematic Universe blockbuster starring Chadwick Boseman, Michael B. Jordan, Lupita Nyong’o and Danai Gurira roared into theaters by making a record-breaking $241.96 million in North America over its four-day opening weekend beginning Feb. 16; the biggest February movie of all time, and the highest-grossing film by a black director.

Based on the Wakanda Kingdom, the Black Panther story line features King T’Challa who returns home to the African nation of Wakanda to take his rightful place as king. When a powerful enemy suddenly reappears, T’Challa’s mettle as king — and as Black Panther — gets tested when he’s drawn into a conflict that puts the fate of Wakanda and the entire world at risk.

Faced with treachery and danger, the young king must rally his allies and release the full power of Black Panther to defeat his foes and secure the safety of his people.