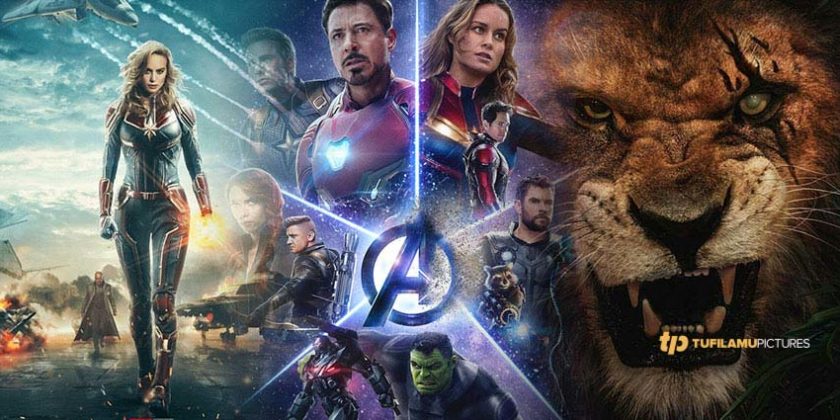 2018 was a great year for all movie lovers globally and 2019 promises to be even better. Here are some movies that are set to be released globally sometime this year that we think will make your year even better.

Captain Marvel: Set to be released on 8 March 2019 (USA), Captain Marvel is an upcoming American superhero film based on the Marvel Comics character Carol Danvers. Produced by Marvel Studios and distributed by Walt Disney Studios Motion Pictures, it is set to be the twenty-first film in the Marvel Cinematic Universe (MCU).

Aladin: Set to be released on 24 May 2019 (USA), Aladdin is an upcoming American musical romantic fantasy adventure film directed by Guy Ritchie, from the screenplay co-written with John August, and produced by Walt Disney Pictures.

It is a live-action adaptation of Disney’s 1992 animated film of the same name, which is in turn based on the Arabic folktale of the same name from One Thousand and One Nights and the French interpretation by Antoine Galland. The film will star Mena Massoud as the title character alongside Will Smith, Naomi Scott, Marwan Kenzari, Navid Negahban, Nasim Pedrad, Billy Magnussen, and Numan Acar.

Lion King: From Disney Live Action, director Jon Favreau’s all-new “The Lion King” journeys to the African savanna where a future king is born. Simba idolizes his father, King Mufasa, and takes to heart his own royal destiny. But not everyone in the kingdom celebrates the new cub’s arrival. Scar, Mufasa’s brother—and former heir to the throne—has plans of his own. The battle for Pride Rock is ravaged with betrayal, tragedy and drama, ultimately resulting in Simba’s exile. With help from a curious pair of newfound friends, Simba will have to figure out how to grow up and take back what is rightfully his. Lion King is set to be released on19 July 2019 (USA)

Avengers: The end game: Adrift in space with no food or water, Tony Stark sends a message to Pepper Potts as his oxygen supply starts to dwindle. Meanwhile, the remaining Avengers — Thor, Black Widow, Captain America and Bruce Banner — must figure out a way to bring back their vanquished allies for an epic showdown with Thanos — the evil demigod who decimated the planet and the universe. Avengers : End Game is set to be release  on 26th April 2019 (USA)

Dark Phoenix: The X-Men face their most formidable and powerful foe when one of their own, Jean Grey, starts to spiral out of control. During a rescue mission in outer space, Jean is nearly killed when she’s hit by a mysterious cosmic force. Once she returns home, this force not only makes her infinitely more powerful, but far more unstable. The X-Men must now band together to save her soul and battle aliens that want to use Grey’s new abilities to rule the galaxy. The film is set to be released on 7 June 2019

Once Upon a time in Holly wood: According to IMDb Once Upon a Lifetime is a story about a faded TV actor and his stunt double who embark on an odyssey to make a name for themselves in the film industry during the Helter Skelter reign of terror in 1969 Los Angeles. The movie is directed by and written by Quentin Tarantino and stars the likes of Margot Robbie, Leonardo DiCaprio, Brad Pitt | See full cast & crew

US: Accompanied by her husband, son and daughter, Adelaide Wilson returns to the beachfront home where she grew up as a child. Haunted by a traumatic experience from the past, Adelaide grows increasingly concerned that something bad is going to happen to her family. Her worst fears soon become a reality when four masked strangers descend upon the house, forcing the Wilsons into a fight for survival. When the masks come off, each stranger takes the appearance of a different family member. The movie is set to be released on 15 March 2019 (USA) and features actors like Yahya Abdul-Mateen II, Elisabeth Moss, Lupita Nyong’o

Glass: Set to be released on 18 January 2019, Glass is Directed by M. Night Shyamalan brings together the narratives of two of his standout originals2000’s Unbreakable, from Touchstone, and 2016’s Split, from Universal in one explosive, all-new comic-book thriller: Glass. From Unbreakable, Bruce Willis returns as David Dunn as does Samuel L. Jackson as Elijah Price, known also by his pseudonym Mr. Glass. Joining from Split are James McAvoy, reprising his role as Kevin Wendell Crumb and the multiple identities who reside within, and Anya Taylor-Joy as Casey Cooke, the only captive to survive an encounter with The Beast. Following the conclusion of Split, Glass finds Dunn pursuing Crumb’s superhuman figure of The Beast in a series of escalating encounters, while the shadowy presence of Price emerges as an orchestrator who holds secrets critical to both men.

Aladin, Avangers: End game, captain marvel, Dark Phoenix, Film in Kenya, Glass, kenyan film, lion king, Lupita Ny'ong'o, Once upon a time in Holly wood, Tufilamu Pictures, Us
Top 10 grossing films of 2018
Surviving R.Kelly … what is it all about?