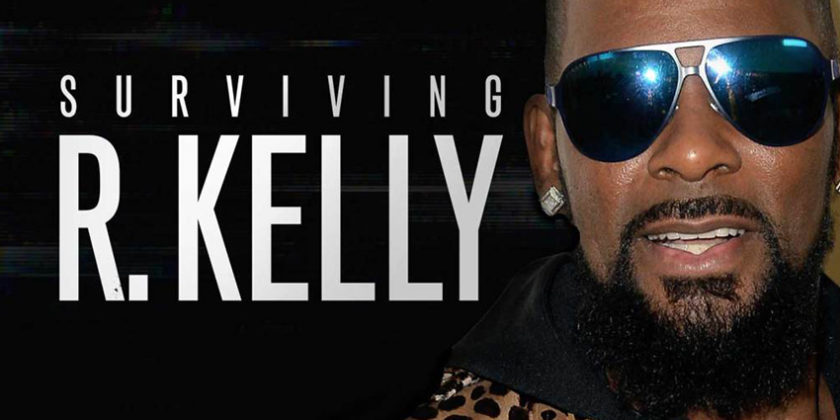 Surviving R.Kelly … what is it all about?

The Documentary reviews decades of sex abuse accusations of the RnB singer and has since broken ratings records for Lifetime when the first episode premiered on Jan. 3. The debut garnered 1.9 million total viewers, marking the network’s best performance in more than two years in all key demos.

Since its release the documentary has become the subject of widespread attention and fierce debate on social media following the his long faced accusations of sexual misconduct and abuse.

The allegations of abuse and sexual misconduct against R. Kelly are in the spotlight again as a six-part documentary series reignites public outrage.

​Last week the six-part documentary on Lifetime took an expansive look at the allegations against the chart-topping artist whose history has invited extra scrutiny in recent years.

The first two episodes which were broadcast Thursday night looked at the long history of allegations against Mr. Kelly. In the episodes, women described being controlled or abused by him, often when they were teenagers.

Mr. Kelly’s lawyer reportedly alleges that the documentary is filled with false allegations, and suggests the subjects are defaming his client for personal gain.

The Docuseries also on social media gathered more than 743,000 total interactions across Facebook, Instagram, and Twitter, according to Nielsen Social Content Ratings making Surviving R. Kelly Lifetime’s largest social premiere of any series or movie in the network’s history.

According to Mylifetime.com the ground-breaking documentary series “Surviving R. Kelly,” starts off by showing women emerging from the shadows and uniting their voices to share their stories.

Celebrated as one of the greatest R&B singers of all time, R. Kelly’s genre defining career and playboy lifestyle has been riddled with rumors of abuse, predatory behavior, and pedophilia. Despite damning evidence and multiple witnesses, to date, none of these accusations have seemingly affected him.

For the first time ever, survivors and people from R. Kelly’s inner circle, are coming forward with new allegations about his sexual, mental, and physical abuse. They are now finally ready to share their full story and shed light on the secret life the public has never seen.

With over 50 interviews including civil rights activist Tarana Burke, musicians John Legend and Sparkle, talk-show host and former DJ Wendy Williams, ex-wife Andrea Kelly, ex-girlfriend Kitti Jones, brothers Carey and Bruce Kelly, and many others, the true story of R. Kelly’s controversial past will be revealed beginning in 1970 through present day, shedding light on the R&B star whose history of alleged abuse of underage African American girls has, until recently, been largely ignored by mainstream media.

“Surviving R. Kelly” is executive produced by cultural critic, filmmaker and passionate activist dream hampton, Tamara Simmons, Joel Karlsberg and Jesse Daniels for Kreativ Inc. which has a production deal with Bunim/Murray Productions (BMP), and Brie Miranda Bryant from Lifetime. This program falls under Lifetime’s commitment to provide a platform to give women a voice where they have previously been unheard to bring awareness to the abuses and harassment of women.